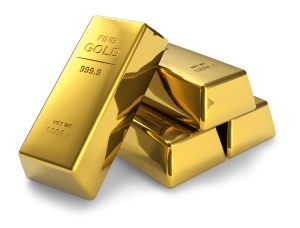 I happen to live in Croatia, one of the former six socialist republics of Yugoslavia. Croatia gained independence from Yugoslavia during the Balkan civil war (1991 -1995) and became a democracy. The people had high hopes for their future. They would finally be freed from Belgrade and the other socialist republics and could run their own affairs. However, the first president of Croatia, Dr. Franjo Tudjman, had a flaw in his plan from the start. In his vision of Croatia he envisioned a country where 100 families, the elite, would control the economy. And so it was to be, state assets where sold off for a fraction of their value, often for a symbolic “one Euro”. However, rather than reinvest in these businesses, most were closed down and their assets, mostly prime real estate, were sold off to the highest bidder. Now 20 years later the results are painful for the thousands of employees who lost their jobs whilst the elite live off their wealth. The economy is a disaster, GDP keeps shrinking and politicians are busy protecting their own asses and standard of living by raising taxes; believing in the illusion that they can cover the ever growing budget deficits that way. It is not surprising that many long for the years under Marshall Tito. You may not have had total freedom of speech then, but at least they had jobs, and everyone lived a comfortable life. As a result, Today Croatia has one of the highest VAT (Value Added Tax) in Europe, the cost of labor is also one of the highest at about 80% for salaries above 1500€ per month, not to mention the administrative red tape, all together, make it unattractive for foreign investments; in fact all this is further chocking the economy.

Marshall Tito may not have been a religious man, and religion had no place in politics during his reign in power, but he understood the essence of the golden rule.

“One should treat others, as one would like others to treat oneself”.

On this principle everyone seems to agree. In fact in 1993, in an attempt to create the “Declaration toward a Global Ethic”, 143 leaders of the world religion and faith signed the declaration under the auspices of the Parliament of the World’s Religions.

However, as I watch the news on TV or read in the newspaper, world events remind me of an old joke about the golden rule:

“The one with the gold makes the rules”

Unfortunately this seems to be the real golden rule nowadays Croatia’s ex-prime minister is in jail, because of corruption and captains of industries don’t pay their taxes. Now this might even be expected from a young Balkan country like Croatia, but the same sort of thing occurs in other countries, maybe not quite as obvious, the actions are subtler but the impact is the same nonetheless. In the US, the bastion of democracy and liberty, companies lobby politicians to pass laws in their favor, with little regards for the impact on the citizens. In fact, when a civil servant bucks the trend and refuses to go along with the nonsense he often gets fired or removed from his position, to be replaced with someone who is more agreeable. Such was the case with “Aspartame” in the 80’s: Amid indisputable research that reveals the toxic effects of aspartame the commissioner of the FDA (Food and Drug Administration), Dr. Jere Goyan, was fired before he had a chance to ban the substance, his follower Dr. Arthur Hayes Hull, signed the approval of “Nutrasweet” in dry foods and later in liquids.
Unfortunately, there are hundreds of other examples where lobbyists “convince” politicians to pass legislation in their client’s favor whilst ignoring the effects on the population at large; it is scandalous!

A web of lies

Unfortunately, with the 2013 amendment to the US information and education exchange act of 1948. (Smith Mundt act) it is easier for the government to divert funds for propaganda within the US borders; thereby obscuring the truth and feeding the public with their own messages.

So all jokes aside, we now live in a world where:

The ones with the gold make the rules!